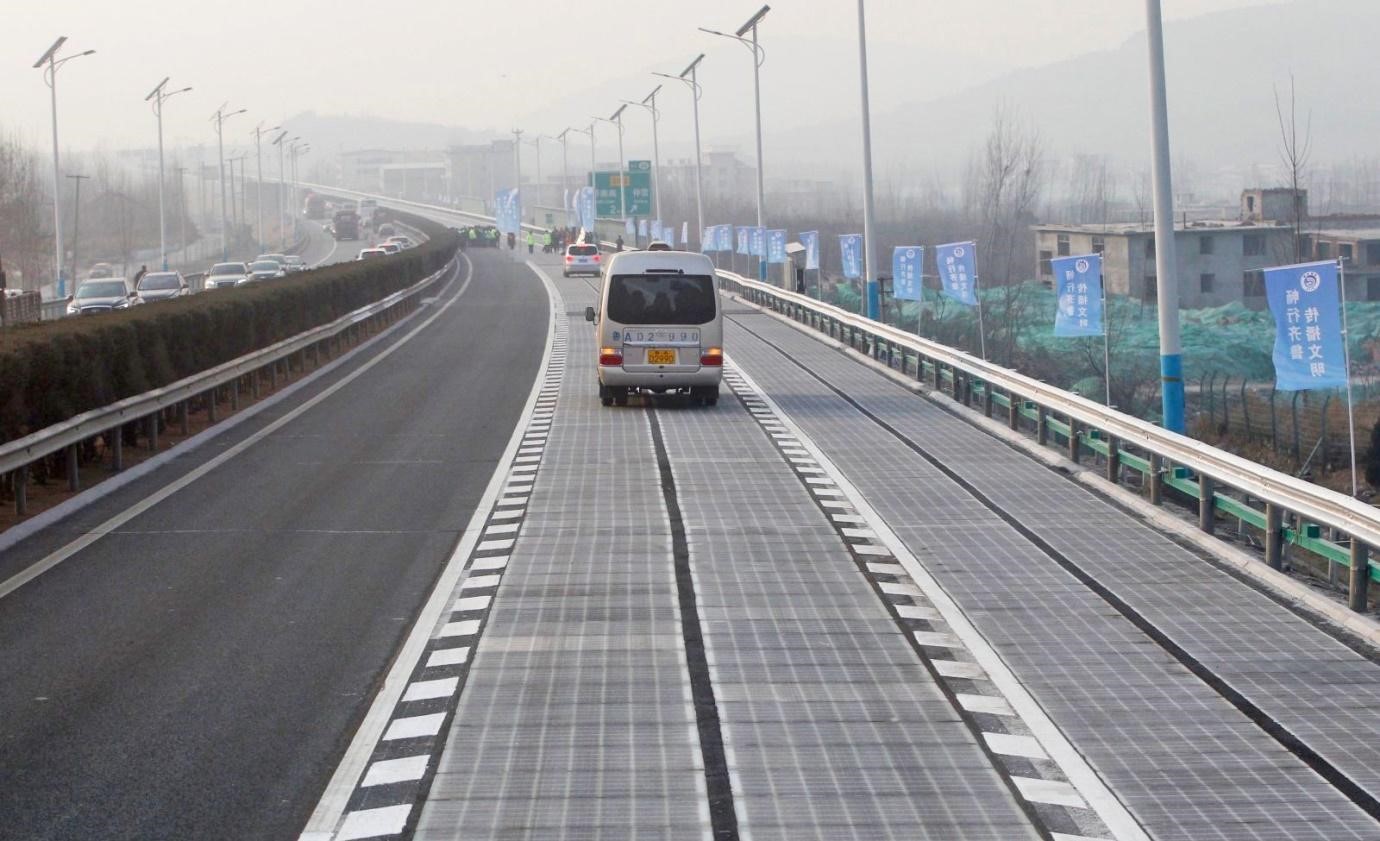 This article is in continuation to our series with the aforementioned name where we bring to you a roundup on how the world is using the solar power in the most creative ways. Right from planes to boats to robots, solar has found application in a lot of consumer facing objects. But did you know that the road right outside your home or the National Highway could also be solarized? No right? That is precisely what China has been able to achieve on a 1 km long road that is built in Jinan, the capital city of Shandong province.

You might be wondering that how is it possible that the solar panel roads are able to take the immense weight of the incoming traffic and still remain serviceable. This is possible because the surface of the road is made out of transparent concrete which in theory can withstand at least 10 times more pressure than the usual regular concrete. Below this transparent layer of concrete, you have the usual solar panels which convert light into electricity. An insulating layer is present just below the panels to keep them from getting excessively hot or cold ensuring a steady generation during the hours when the sun shines.

The two lane road covers an area of about 5875 square meters and cost close to $458 per square meter to be built. That in comparison is about 90 times more expensive than the normal road. However, the solar powered roads are not like your usual roads and will help generate power of about 1 million kWh that will be used to run billboards, surveillance cameras, tolls, street lights etc. The excessive power will be fed back into the grids.

MYSUN's take on the solar roads: While the solar road in China sounds very impressive, this is not the only solar road that exists out there. The solar bike path in the Netherlands is quite famous too even though it has a different construction method as compared to the road in China. However, the question on the long term feasibility remains and can be answered only after a few years of these roads existing. How will the O&M work for the roads, how do you replace a faulty panel or for that matter what happens when the concrete starts getting scratched or the efficiency of the generation itself when the panels are virtually completely flat and at no angle. However, this is an interesting application of solar energy and if a couple of these pilot programs such as a solar highway or a solar pavement can prove to be successful, solar on roads can definitely become a more widespread application of solar.