How is Solar Energy Produced and What are the Different Types of Solar Systems? 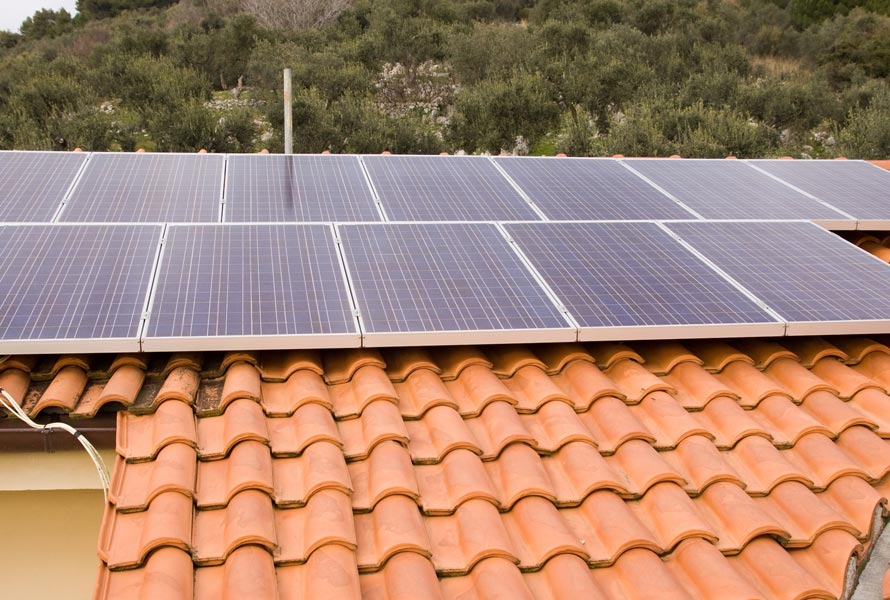 With over 300 sunny days in most locations throughout the year, India is an ideal country when it comes to solar energy. It is because of this tremendous solar potential that the Central Government has set a target of achieving at least 100GW of installed capacity from solar in a bid to move towards renewable sources of energy. While this 100GW is to be achieved in defined proportions from rooftop solar and ground mounted solar, solar as a fundamental technology works identically for both the cases.

How is solar energy produced?

Solar PV (Photovoltaic) modules, which contain cells which are connected in series, are typically placed on rooftops or ground. When the sun rays strike them, they convert sunlight into direct current (DC) electricity. Since our home appliances run on alternating current (AC), it is mandatory to convert this generated DC power into AC. This is achieved by installing an Inverter. The output of the inverter is generally connected to the building mains.

But for large consumers like commercial or industrial buildings, where the solar system size is bigger, say more than 100kW, we may need to step up the voltage to 11kv or 33kV by using a step-up transformer. In this case, the output of the inverter is connected to a step-up transformer and the output from the transformer is connected at the main HT panel (11/33kV). In India, there are generally three types of solar systems that are most common: Grid Connected, Off Grid and Hybrid.

Let's Talk about the Technology Involved in Solar:

If you are considering going for solar at your home, office, industrial or commercial building, there are also a couple of ownership models that you can choose from. You can choose to install and own the solar system (CAPEX Model) or just purchase the solar power from a system owned by a third-party/ individual and you only have to pay for the energy consumed at the rate that has been contractually agreed. In case you wish to own the system, you will have to bear the cost of the system, there are however numerous bank financing options available (RESCO Model). In case you decide to only buy solar power, you will have to lease out your rooftop/ ground area to the third-party that you sign the contract with.

With options galore and cost for going solar coming down substantially in the last few years, there is absolutely no excuse for you to not go solar. The grid tariffs are set to continue to rise over the next several years, and solar gives you the luxury of a low fixed tariff, prompting major savings on your electricity bill, over the next 25 years. Going solar is like discovering a pot of gold, especially for industrial and commercial users. Since solar requires negligible maintenance too, it is as good as planting a tree and enjoying the benefits of it for several years to come. What’s more is that you make your contribution towards reducing the carbon footprint and set an example before everyone prompting the march towards solarization.