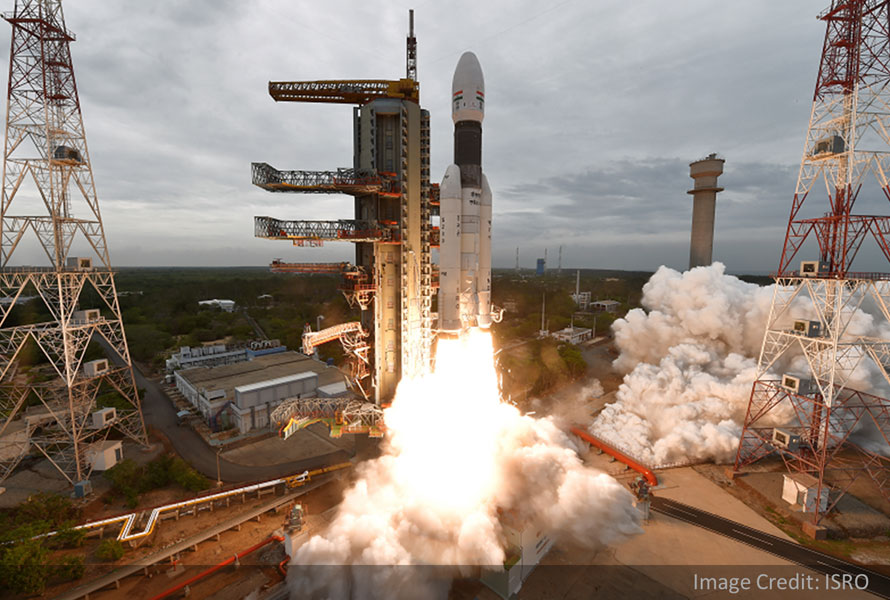 If you have been paying attention to the news lately, you would know that ISRO (Indian Space Research Organization) just launched its most ambitious mission yet - Chandrayaan-2.

About the Chandrayaan-2 Launch

The launch was initially scheduled for 14 Jul 2019, and although there was a delay due to a technical snag, ISRO bounced back and successfully launched its second lunar mission on 22 July 2019. Chandrayan-2 is expected to enter the moon’s orbit on 20th August 2019 and is planned to land on the lunar surface on 7 September 2019.

If the mission progresses smoothly and a successful landing is carried out on the planned date, India will become only the fourth country to achieve a soft landing on the moon.

The Role of Solar Technology in the Chandrayaan-2 Lunar Mission

The primary objective of Chandrayaan-2 is to demonstrate the ability to soft-land on the moon and operate a robotic rover on the lunar surface while studying the lunar surface and its composition, especially at the Southern Pole. This robotic rover is named Pragyan (translated to ‘wisdom’ in Sanskrit) and will operate on solar power as its equipped with a 50-watt solar panel, that will help operate the vehicle through a sleep/wake-up cycle remotely on the moon’s surface.

But the role of solar doesn't just end there.

The mission’s primary goal is to understand and map the potential of ‘Lunar Water’ near the lunar poles. But aside from understanding the potential sources of water, the lunar south pole is quite possibly the best source of sunlight on the surface, which can lead to future lunar explorers to unlock the potential of a continuous supply of solar power on the moon.

If scientists and explorers can discover the potential of ice water and an endless supply of solar energy on the moon, there is no denying the possibility of humans one-day populating earth’s satellite and building a base for future space exploration.

Here’s hoping that ISRO sees Chandrayaan-2 to success, and helps unlock the mysteries of Earth and Sun’s favorite satellite.

Interesting Ways the World is Using Solar: Cars with...