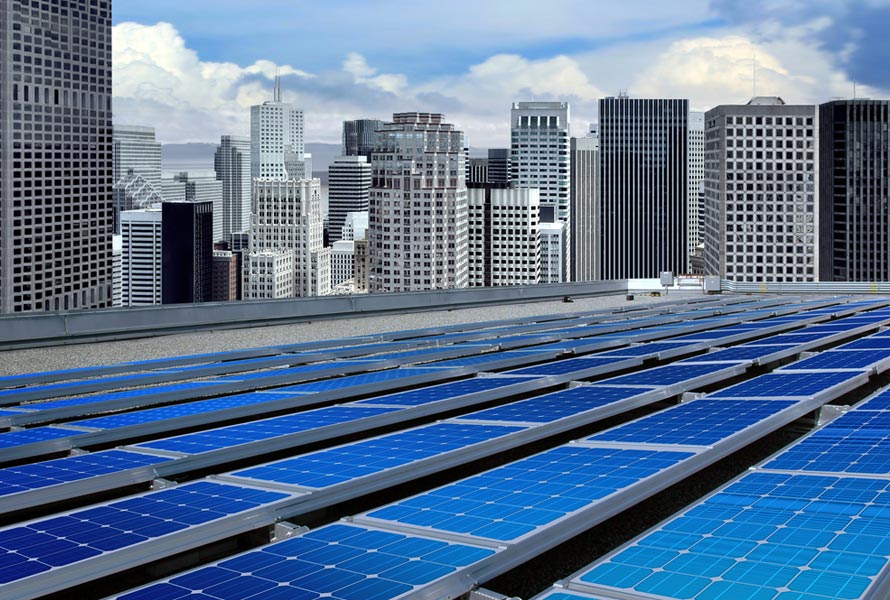 Industries constitute more than 45% of the electricity consumption in India. The landed electricity tariff for industries on an average is 6 Rs./unit. (Industries have two types of customers, viz., LT and HT. LT is 400 V and below and HT is 11 kV and above. Bulk of the industry buyers of electricity are in HT segment. The highest tariff is in Maharashtra at Rs.7.48/kWh. At second spot is Delhi where the tariff for HT customers is Rs.7.25/kWh. The tariff for LT customers is higher but their share in the overall consumption is only 6% in India as compared to 21% for HT. In LT segment as well the highest tariff is in Delhi (Rs.9/kWh) followed by Maharashtra at Rs.7.60/kWh and UP at Rs.7.30/kWh). Bulk of electricity in India is generated from power plants based on coal. As the cost of coal, transportation, labour and disposal of ash increases y-o-y, an annual increase of 4% in electricity tariff is expected and the same has been the trend historically too. Industrial and Commercial consumers will continue to cross-subsidize domestic and agricultural sectors.

Most industrial consumers have large connected loads and many of them partially or fully use their power requirement through diesel generators. These industries have big enough rooftops suitable for 100-300-500 KWp solar installation. They also have a variety of loads, some of which cater to the process requirement which cannot be compromised and others are office and building loads. A rooftop solar plant can be connected to the LT side or through a smart controller to diesel generator which either reduces the total import of electricity or reduces consumption of diesel or both.

If the industry has larger roof-top then even more than 1 MWp capacity can also be installed either under net metering policy or as a captive power plant. As captive power producer, the industry can also claim accelerated depreciation if it is a profit earning entity, which further increases the viability and savings from solar. They can also earn some Solar RECs which can be traded in power exchange at the market rate. In case, the industry is one of the obligated entities the units consumed by it can be offset from its total obligation. Thus, solar shall not be regarded just as a clean and green energy but as a viable energy alternative which provides a good hedging to the certainty in electricity rate increase in future and saves energy cost for the industries. As far as exact savings from solar is concerned, the situation is no-size-fits-all. Each state has its solar policy and as per their solar policy they stipulate following things:

On top of above, it is the location of the consumer which will decide the solar yield and hence the economics. Besides economics, it also helps in energy security and sends a message to the customers of industry on its readiness to adopt environment-friendly technologies.

Three key things, that I would suggest to take note when deciding upon going with a rooftop solar PV plant for your industry or commercial building are:

This article has been contributed by Dr Amitabh Verma, CTO at Solar Power Aditya Birla. He has lead projects in Gujarat, Rajasthan, Telangana etc adding up to a capacity of 80 MW in total. He is a dear contributor at MYSUN as a guest author.