Interesting ways the world is using solar energy is a series we run on MYSUN, where we bring to our readers some of the most interesting use cases of solar energy. From boats to airplanes to robots, we have seen some very interesting applications of solar energy. However, one vertical that seems to be adapting clean electrical energy faster than most is the automobile sector. Taking the sector to a new height, Hyundai, the South Korean giants in the automobile space has announced a car with a solar system integrated rooftop. 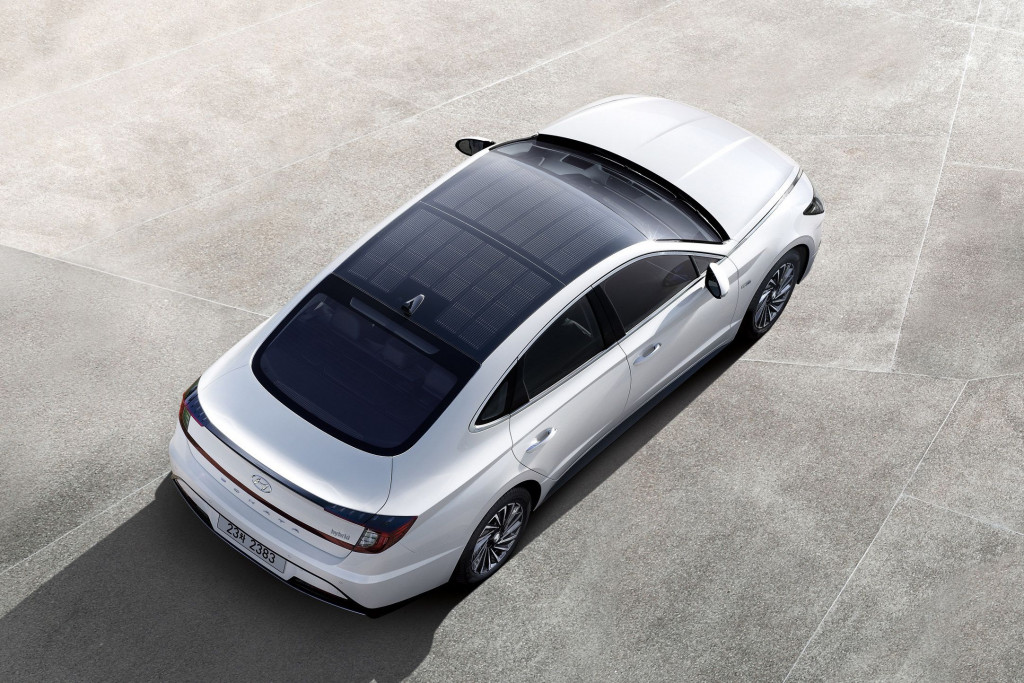 The New Sonata Solar Hybrid car launched in South Korea will be the first car to bring the first generation technology to the market. The car will feature a structure of silicon solar panels mounted on the rooftop which potentially could charge the battery of the car in the range of 30-60 per cent depending upon the weather conditions of the day. This is good news for those who leave their cars in the outdoors as about six hours of charging will give more than a thousand kilometres extra every year.

Hyundai is reportedly saying that the technology used in the New Sonata Solar Hybrid is the first generation technology and R&D is ongoing for two other types of rooftop systems namely: the second-generation semi-transparent solar roof system, and the third-generation solar-lid on the vehicle’s body. While the former will cater to cars with IC engines, the latter will be mounted on the sunroof of cars.

The solar system on these Hyundai cars will work similarly to how solar Hybrid Rooftop works, where you have a panel of solar cells that will convert light to electricity and a controller, which will convert this electricity to an appropriate usable voltage and store it in the battery of the car. Other than providing the additional kilometers, this kind of system will obviously prove to be a winner for the green tech and environment, saving a ton of CO2.

You will see the new Sonata with a Rooftop Solar Panel on roads in South Korea soon and eventually in North America. However, for European and Rest of the Asian market, it may be a while before we see this car on the road.

MYSUN’s Take: At MYSUN, we love everything solar and this is definitely a very practical and useful utilization of solar power. The real-life challenges, like the maintenance, efficiency, and durability, etc will only be answered when the vehicle becomes mainstream, but Hyundai may just have given the automobile industry a very interesting concept to work with. Who knows, we may at some stage of time, have a car that is purely powered by a solar panel. Intriguing indeed.