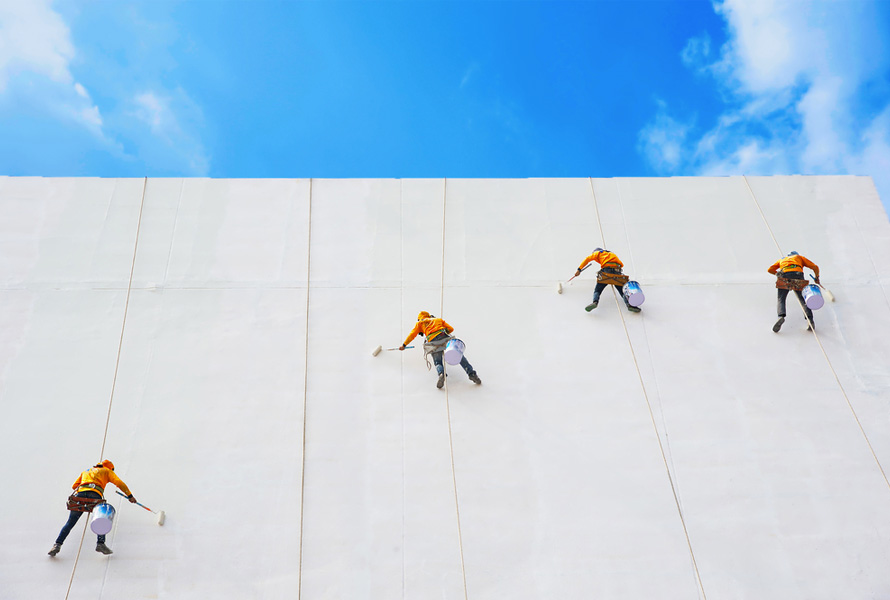 If you have been following our blog, our Interesting ways the world is using solar is a series where we feature the most innovative solar applications. We have featured boats, robots, roads in the past and this time we are back with solar paints. Yes, you read that right. It is now possible that without even installing a solar panel that you can enjoy solar benefits. This magic is performed by solar paint.

What is Solar Paint? The Royal Melbourne Institute of Technology, Australia, has developed a solar paint that can generate power for your house/office. As per the researchers of the institute, the solar paint will generate power from the radiation from the sun and water vapor present in the air. While this technology is, of course, nascent, it is great to see more avenues open for utilization of the abundant solar energy.

But, you must be wondering how solar paint works exactly? The compound of the solar paint carries a chemical compound called synthetic molybdenum-sulphide. When this compound meets titanium oxide, a commonly used material in wall paints, it transforms normal wall paint into sunlight-absorbing machinery which then acts as a semiconductor and splits the water molecules present in the air into Hydrogen and Oxygen. This hydrogen extracted from the air is then used as a fuel to generate power.

This Solar Paint Technology when available in the open market would create all new possibility of harnessing solar energy.  By just applying paint we will be able to turn any physical surface into an energy harvesting facility. This opens up a whole new avenue for solar applications such as Solar Paint for houses. Going ahead this may very well be applied to electric cars as well as a source of power for them.

However, a few questions about the feasibility of the solar paint remain unanswered. Like what will be the price of this paint. Response to rooftop solar installers has already been hesitant because of high prices. Now with reducing prices over a few years and innovative business models coming in, some traction in the market is finally building.

Apart from price, durability, energy generation capacity and its applicability on the rooftops and otherwise remain a curious concern and it will be interesting to find out how the paint adopts to them. Due to this, widespread adoption of Solar paint in India seems a possibility in the long run.

For now, all we can say is solar is rapidly revolutionizing the way we consume electricity and innovations like solar paints, solar clothes, solar bicycles, solar rooftop tiles, solar roadways, solar-powered boats and solar tuk-tuk are a peek into the future of energy consumption and a testimony of its positive adoption.

Here’s Why It’s Time for The India Machine Tools...