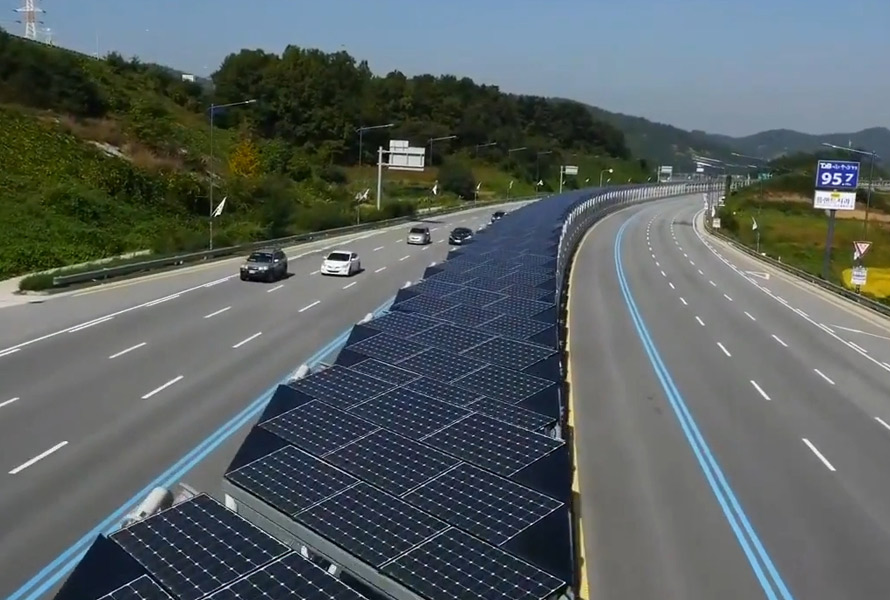 Through our series of Interesting Ways the World is using Solar, we bring you the most cutting edge application of solar in modern times. We have previously written about how technological advancements have been made in the form of solar cars, solar-powered roads, solar space-stations and even solar-powered clothes.

Which brings us to another interesting use of solar, and this week we are going to introduce you to - Solar Panel Roofed Bike Lanes.

There is a solar bike lane which runs 20 miles, approximately 32 kilometres, from the city of Daejeon to the city of Sejong. Running right through a regular highway between the cities, the bike lane, which is also accompanied with three lanes of traffic on either side, has been roofed with solar panels throughout the highway.

What makes the installation of these solar panels on the bike lane truly remarkable is the multifaceted benefits that it provides to the drivers on the highway. While the panels provide shade from the sun and protection from the rain to the cyclists on their 20 miles long two-way ride, the panels also generate enough electricity needed to power the lights along the highway and charging stations for electric vehicles moving on the road.

This bike lane in South Korea is not a singular example showcasing the innovative use of solar technology on roads. Solar roads in China and solar bike paths in the Netherlands are few other examples that have portrayed similar successful applications of solar on roadways; the energy from which is already being used to power billboards, surveillance cameras, tolls, street lights, local households and etc along the road.

The solar panel covered bike lane is a truly wonderful use of solar technology which is a great example of the importance of a sustainable, comfortable and healthy living. It reinstates not only the need but also the auxiliary benefits that solar energy can provide to the entire human civilization which traditional energy sources cannot, i.e. monetary benefits along with ecological stability. Not to forget that the application of solar using superstructures, like in this case, ensures that the area below the structure can continue to be used. We encourage all our readers to make solar a part of their daily life and enjoy its various benefits.